Shaped by entrepreneurial spirit and creativity
In the second half of the 19th century, health authority pharmacist, Wilhelm Neubronner, the father of the company founder, developed the first gumming machine to manufacture adhesive tape. These were the intellectual beginnings of the Neubronner company.

On 31st January 1905, pharmacist by appointment to the court Dr Julius Neubronner founded Neubronner GmbH & Co. KG as we know it today in Kronberg. The production of black adhesive tape for glass plates for photograph slides was the first step towards success and to the significance that all Neubronner products enjoy today the world over.

Gumming machine in 1920
at the old Kronberg/Taunus location

One new production followed another
From 1920 onwards, Neubronner produced white adhesive tape for the railway and postal services for telegrams, the tape could be stuck to the forms easily. Then, Neubronner developed adhesive tape seals for parcels. In 1927 the German Reichspost granted its official authorization. And finally, the manufacture of the practical UBRO parcel carrier!

Moving to Oberursel
In January 1934, Neubronner relocated the company’s registered office to Oberursel in the Taunus mountain range, where the entire Neubronner production line still exists today. Neubronner did not go unscathed during the Second World War; between 1939 and 1945, we worked under very difficult conditions. These years were characterized by hardship, misery and sorrow. Thankfully, no structural damage resulted from the war.

Going into Europe
In the fifties, Neubronner made every effort to gain European cooperation.

Carl Neubronner who at the time was the chairman of the Trade Association for Paper Finishing (FIPAGO), and later became honorary president, wrote the following in the "Drupa-Presse" on 20th May 1954:
"On 21st May 1954, the second international meeting of the gumming industry is taking place. As the chairman of this professional association gumming paper factory owners (today called FIPAGO), ... I think that we are acting in the sense of a European economy, if we strive, we will level the ground for an understanding in the European economic area".

Development of the Jettack® system
Neubronner used the introduction of new technologies and raw materials for the development of the Jettack® system, innovative bonding of the manufacturer’s joint using hotmelt. Not only developing our own adhesive, it was much more a new method that was developed. Today, taping with the Jettack® System still represents the most secure method of attaching the manufacturer’s joint for cardboard packaging. The system is operated in over 700 appliances worldwide even today.

Everything gets bigger
With increasing requirements for material and resistance, fibre-reinforced paper and adhesive tape were developed at Neubronner. They represented a new generation in seals. A paper compound made out of glass fibre and paper was developed. Today it is known as ‘optimal’ adhesive tape.

Bringing together what belongs together…
In 1988, both locations Kronberg und Oberursel were combined. A modern new build with an office and factory building came into being in Oberursel. The production of the Jettack® mechanical engineering system could be achieved in such a modern and efficient way. 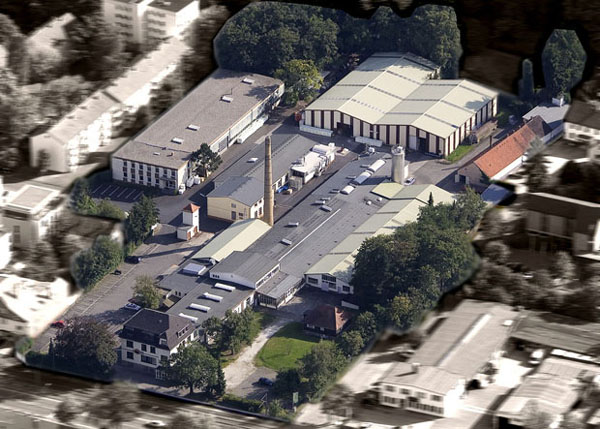 Innovation and originality then and now
Until now and in the past, further developing our own products, presenting innovative solutions to clients and therefore strengthening quality and reliability are the guidelines NEUBRONNER stands by.
In the course of recent years, new machines were developed and built for the production of fibre-reinforced paper, gumming machines and printing machines.

Products too were subject to steady advancement. This is how new technology for products were developed so as to enable us to offer further solutions in line with the market. The newest developments such as from the “Papertex” and “Servojet” family are evidence of this.

Now and then – fit for the global market
NEUBRONNER was and remains an innovative company with numerous patents. With modern production lines and a multitude of new products as well as glue and adhesive products using our own techniques, machine and paper products are manufactured and distributed all over the world.

Paper connects
Neubronner still belongs to the founding members of the FIPAGO today, and is involved with various associations such as DIN and VPU. Neubronner maintains a compliance culture inside and out.

Today, this is how Neubronner is a worldwide producer of machines AND adhesive tapes.